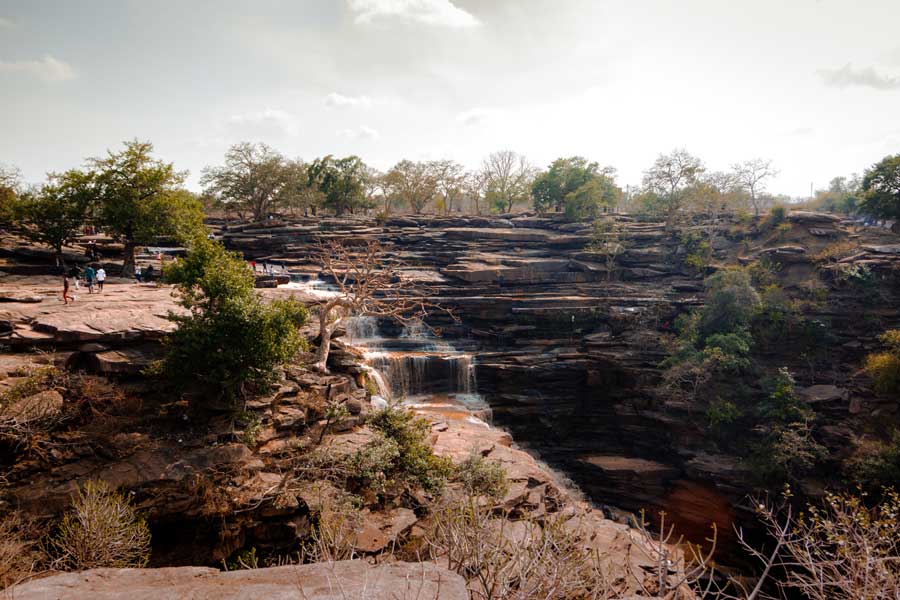 So we’re talking about staycation. I’ll come to that in a bit. We’ll take a little detour first. Read through.

Do you think I was born to remain in one spot? Grounded like a tree? I didn’t think so either. No offences intended here – I love trees, I respect them. I think they do a splendid job serving their life’s purpose by staying in the same place for their eternity. But I’m a human animal, and I’ve got hands and legs. I reckon I should make better use of them than just going from home to work to the mall and back.

I carry in my heart a longing to explore, to wander off to far-off places. Do not try to cage me; I belong to the earth, to the oceans, to the stars.

But I live in a systematic, structured, constraining world breaking-free of which is unfathomable. At least for the majority of mankind that is the true story. It is not always possible to wander away to a distant land. I get it – financial obligations, social commitments, etc. etc. That’s where staycation comes to the rescue. In a nutshell, Staycation is a vacation close to home; or even…at home. Laura Gariepy from Charlie will tell you what and how. Let me just elude by saying that I’ve got to keep moving. Go wander away from my rut for a bit. See someplace new. Experience something new. Do something I’ve never done before. Get adventurous. Get romantic.

It is said that travelling is the only thing that you can buy which makes you richer. Stimmt. Alright so I’ll go short on the bank balance by a few cents and rattle the budget a bit. But then what are the bucks for if not to make me richer? So I want to buy a larger TV. Okay, I’ll go ahead and postpone it. The latest, flashiest smartphone? Perfect. It can wait too. All of those gleaming things are amazing so long as they fulfil me. After all I’m hell-bent upon feeding my senses for fulfilment…and I’m convinced I’ll feed them until I die. But what about the sense-less, real ME? The shapeless, nameless ME? I’ll probably hit home to nirvana, eventually, in that indefinable space. But I’ve got to do the journey to arrive home – just like I showed-up on planet earth to act the theatre, after a bit only to return backstage. Isn’t it so?

Until the time that my battle between materials of the world and the experiences-still-not-experienced ends; and until being completely free of the worldly impediments becomes ultimately fathomable, I shall not become a tree.

And what about YOU?

That’s right. Go travel…or go on a staycation. It’ll the least revivify you until you’re ready for the bigger journey home.

Kick-start your staycation in the city of lord Shiva by booking our hostel. 😉

We use cookies on our website to give you the most relevant experience by remembering your preferences and repeat visits. By clicking “Accept All”, you consent to the use of ALL the cookies. However, you may visit "Cookie Settings" to provide a controlled consent.
Cookie SettingsAccept All Read More
Manage consent

This website uses cookies to improve your experience while you navigate through the website. Out of these, the cookies that are categorized as necessary are stored on your browser as they are essential for the working of basic functionalities of the website. We also use third-party cookies that help us analyze and understand how you use this website. These cookies will be stored in your browser only with your consent. You also have the option to opt-out of these cookies. But opting out of some of these cookies may affect your browsing experience.
Necessary Always Enabled
Necessary cookies are absolutely essential for the website to function properly. These cookies ensure basic functionalities and security features of the website, anonymously.
Functional
Functional cookies help to perform certain functionalities like sharing the content of the website on social media platforms, collect feedbacks, and other third-party features.
Performance
Performance cookies are used to understand and analyze the key performance indexes of the website which helps in delivering a better user experience for the visitors.
Analytics
Analytical cookies are used to understand how visitors interact with the website. These cookies help provide information on metrics the number of visitors, bounce rate, traffic source, etc.
Advertisement
Advertisement cookies are used to provide visitors with relevant ads and marketing campaigns. These cookies track visitors across websites and collect information to provide customized ads.
Others
Other uncategorized cookies are those that are being analyzed and have not been classified into a category as yet.
SAVE & ACCEPT